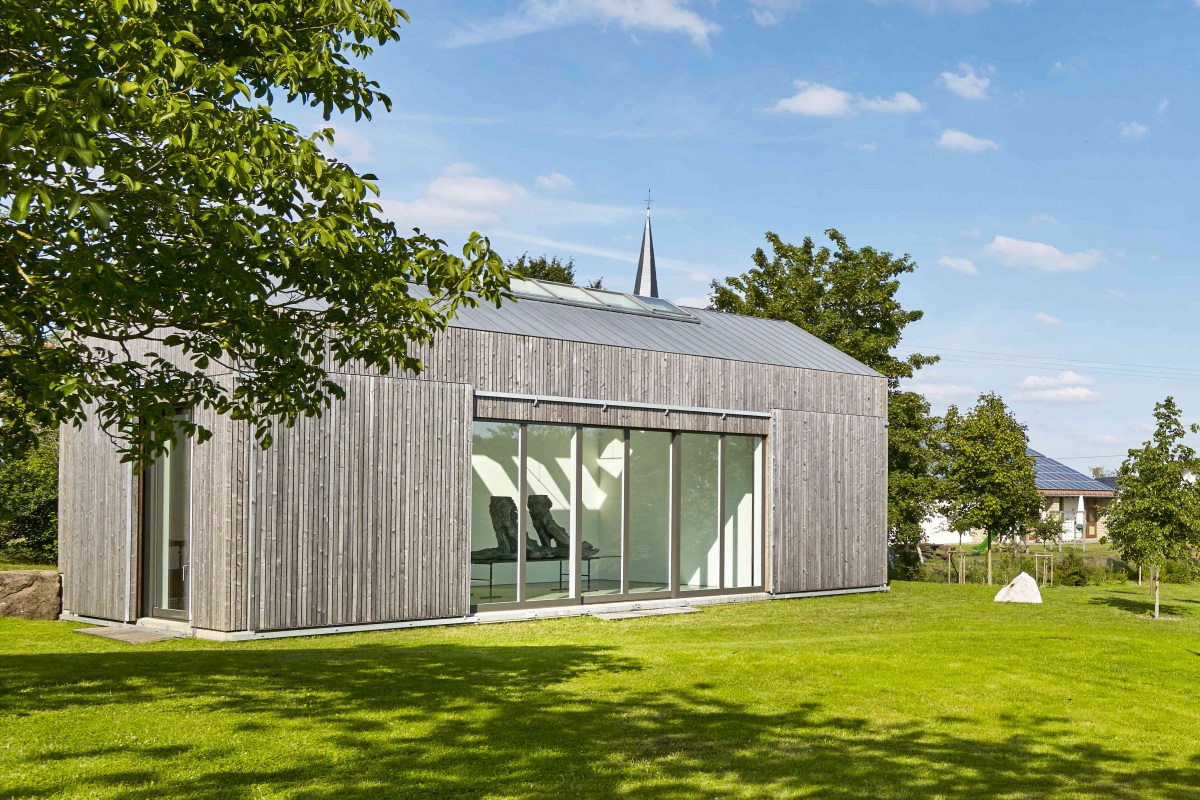 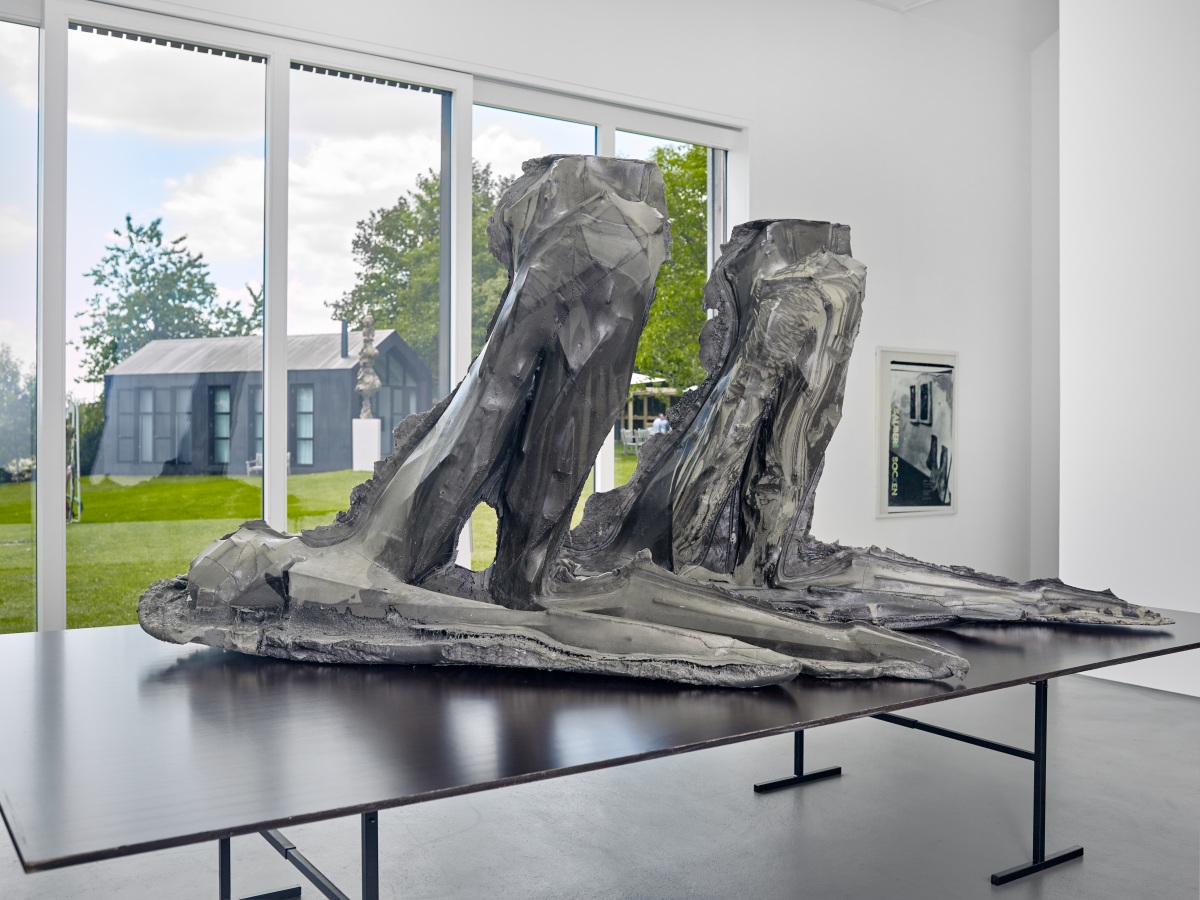 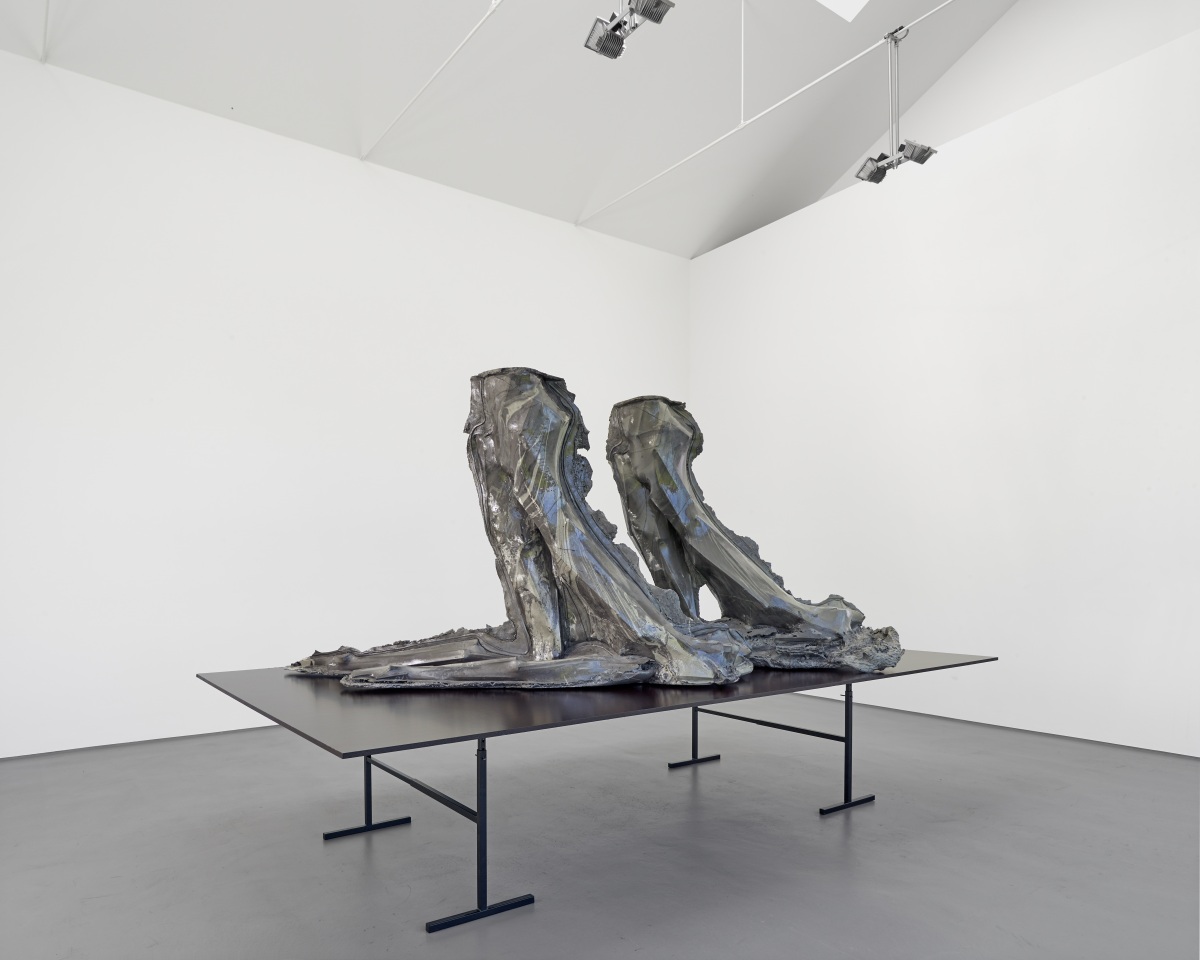 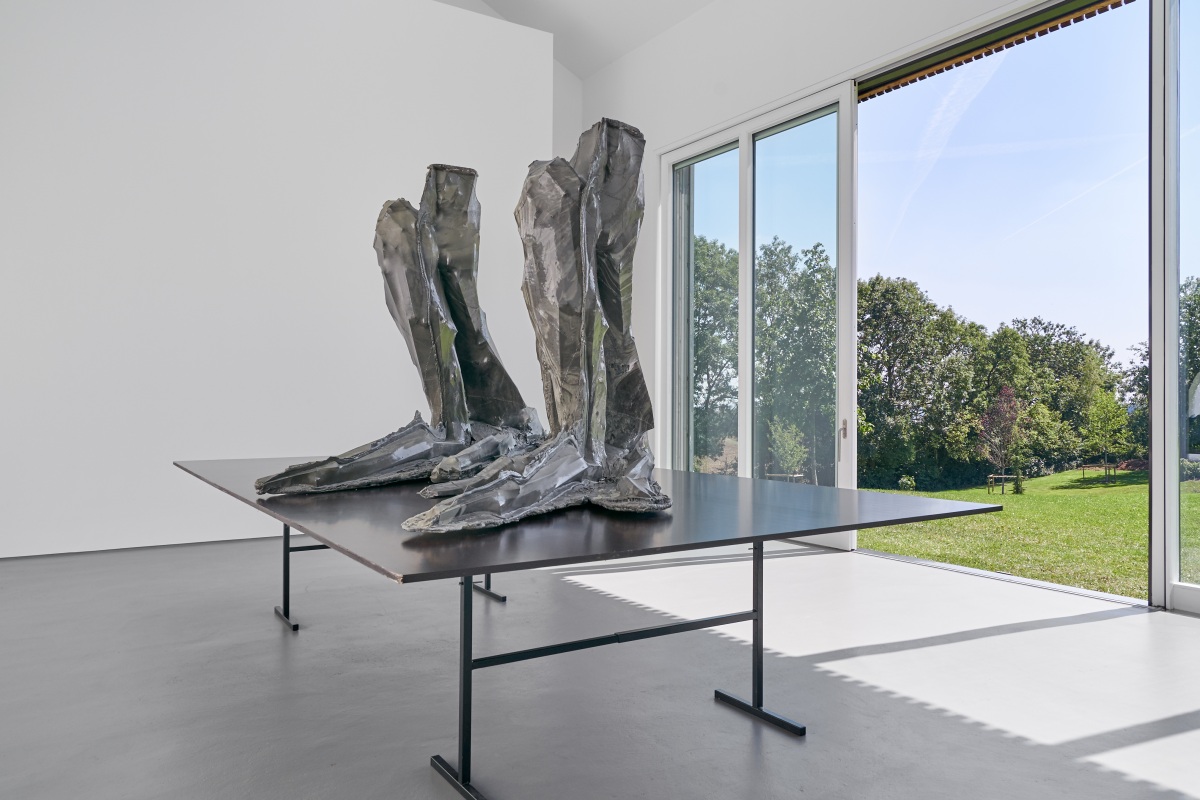 In his paintings, objects, sculptures and installations Georg Herold uses simple materials like roof batten, bricks, aluminium or synthetics. Materials that do not speak their own language and are not symbolically charged but freely  malleable.  Herold  explores  these  substances,  testing  their  impact  and  possibilities.  Often,  he  lets  contrasting materials clash, thus generating a tension and friction that is typical for his œuvre.

The exhibition presents a sculpture of polyurethane foam – an installation foam that is used in building mainly for sealing and damming. Once casted, the PU-foam expands extremely and presses out of every opening of the mould. Harsh and sharp-edged shapes emerge, bizarrely twisted and distorted. For some time past, Herold has been working with this synthetic material and creates sculptures which stretch into the space like bodies, single extremities or sometimes completely abstract forms. Mainly installed on simple tables, they appear subdued and exposed as if presented on a dissecting table. Untitled, 2015, consists of two parts, casted in one and the same mould. Due to the unpredictable expansion of the foam, both elements differ in form and structure and loom into the air like two bent limbs or futuristic towers.

Despite  their  actual  fragility,  Herold’s  polyurethane  foam  sculptures  seem  heavy  and  massive.  They  remind  of  earlier bronze sculptures by the artist and at the same time undermine these predecessors while using cheap and faster to process material. Herold does not seek to create eternal works or meaning but specifically tries to break with these concepts.