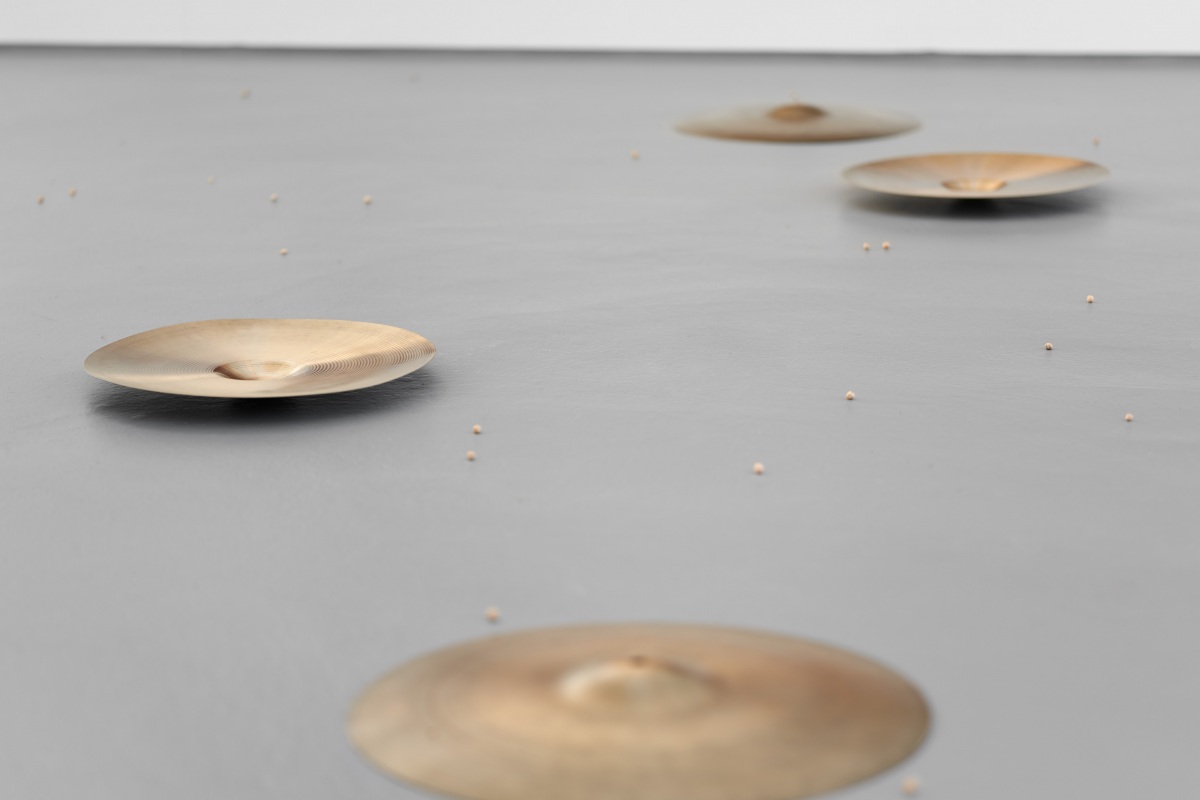 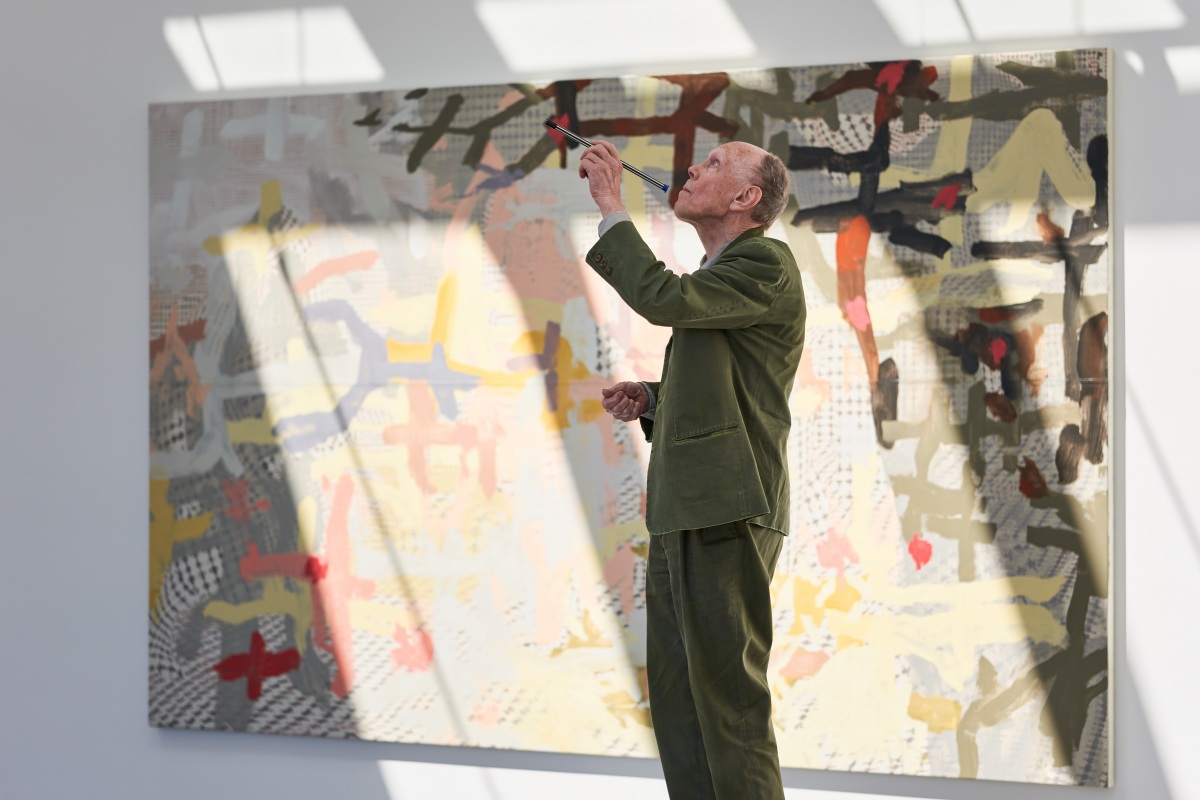 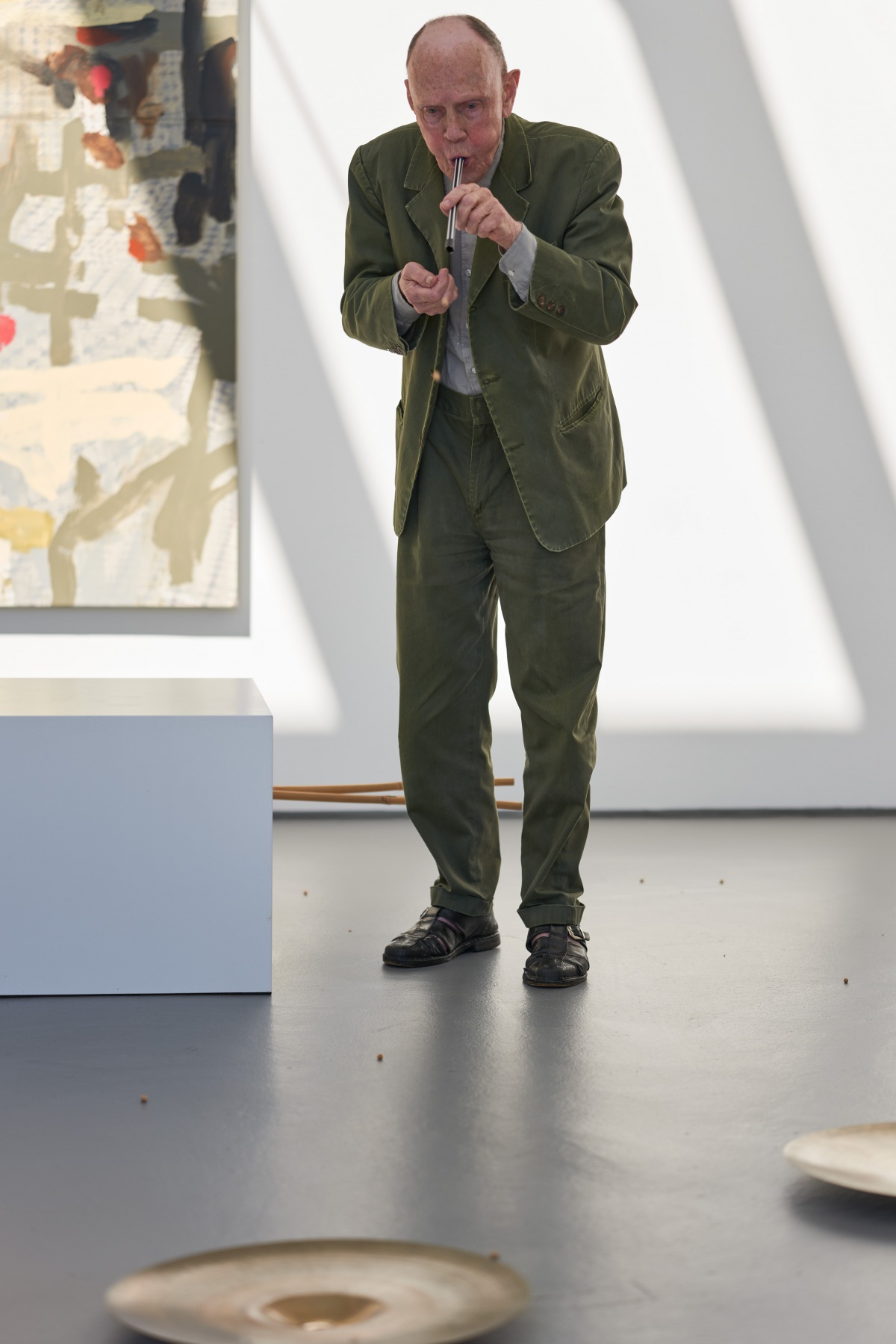 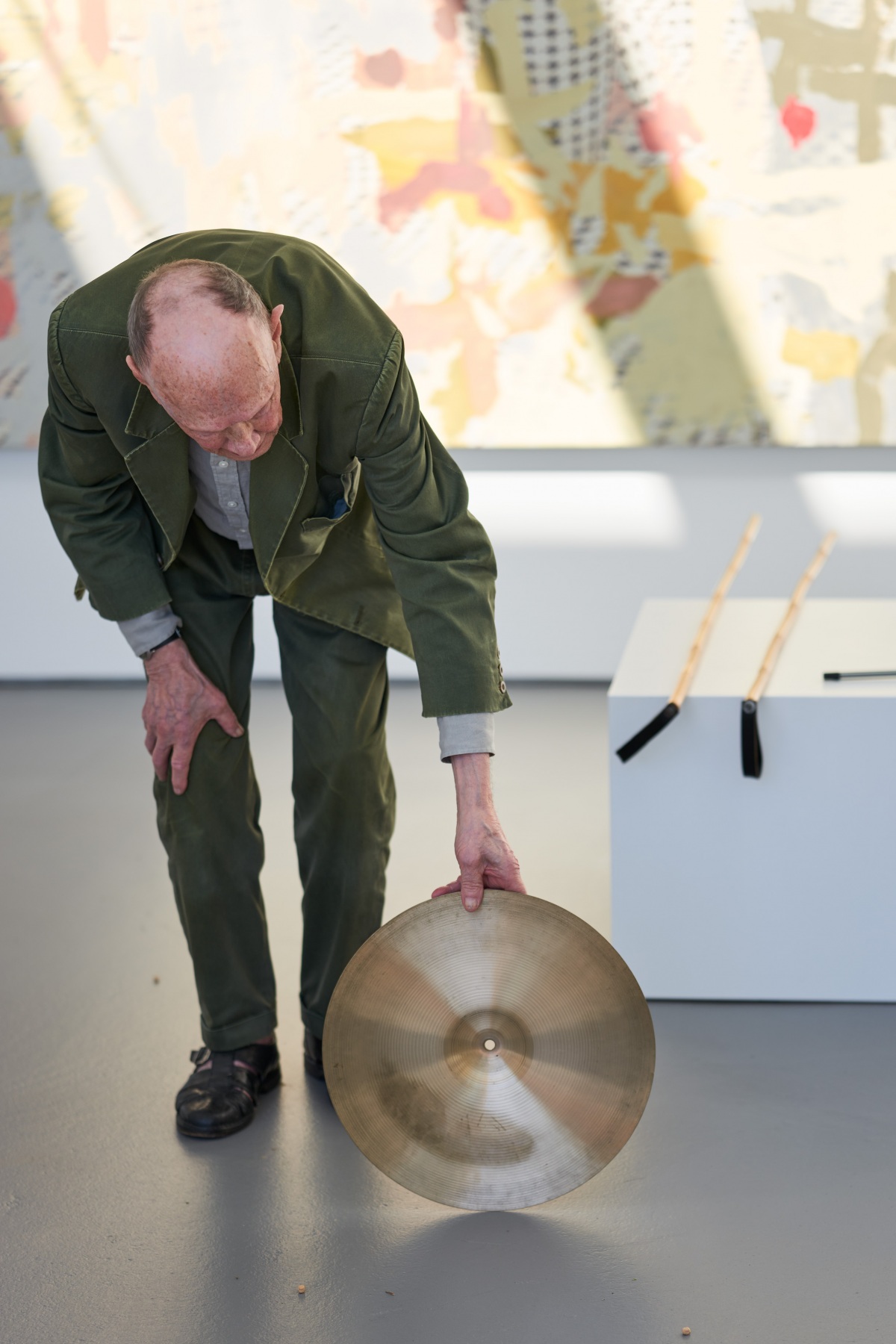 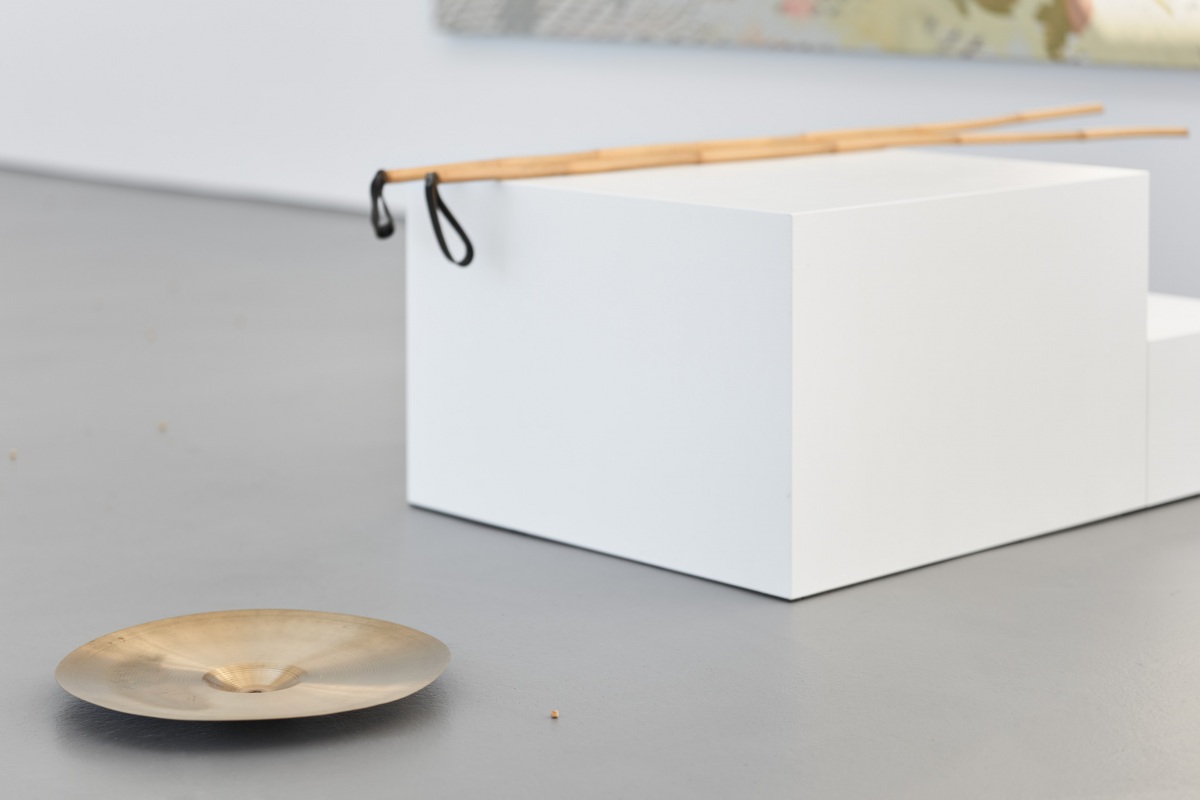 Applied experimentation has long been a vital part of Sven–Åke Johansson’s work. In his music performance Ballistik und Ballett, Johansson uses the gravitational force of the Earth. It is decisive for the two parts of the piece; the impact of the projectile, in this case peas and  the length of the self-acting circling of the cymbal discs.

Ballistics, ‘the study of thrown bodies’, describes the processes involving a body moving in a gravitational field and through a medium such as air. Ballet usually refers to classical artistic stage dance accompanied by music. Both elements in the performance, the cymbals as well as the peas, are dependent on their trajectory through the air to perform their dance. Here the composer and musician acts simply as the trigger for the resulting sounds.

Sven-Åke Johansson was born in Mariedstad, Sweden in 1943 and lives and works in Berlin. He is one of the most influential drummers of the German free jazz era of the 1960s and 1970s. From the 1980s onwards, Johansson pursued an artistic path as a music performer, operating largely independent of institutions and groups, increasingly in the circles of visual art and new music. His oeuvre includes more than fifty record releases, several music theatre pieces, radio plays, visual works and a lively touring life. In addition to his work as a musician and composer, he is a writer, poet and visual artist.