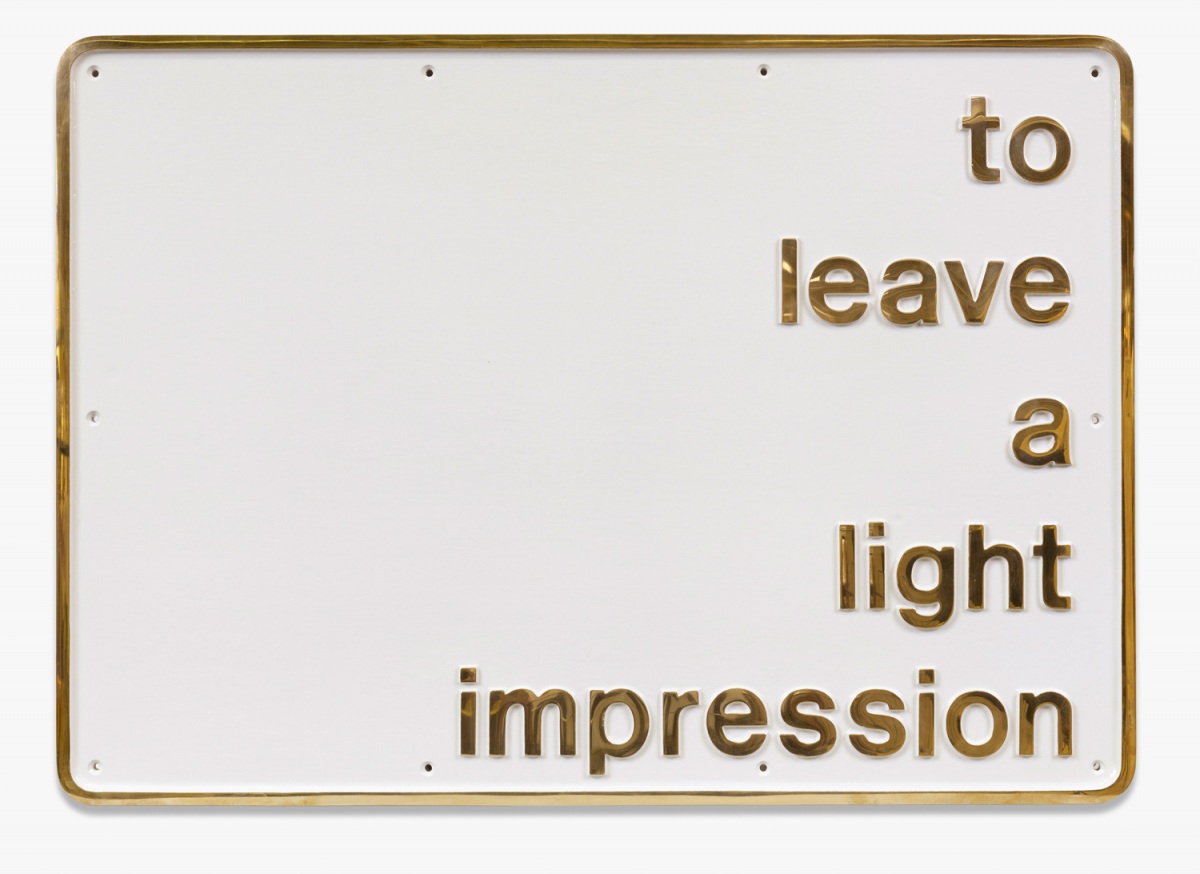 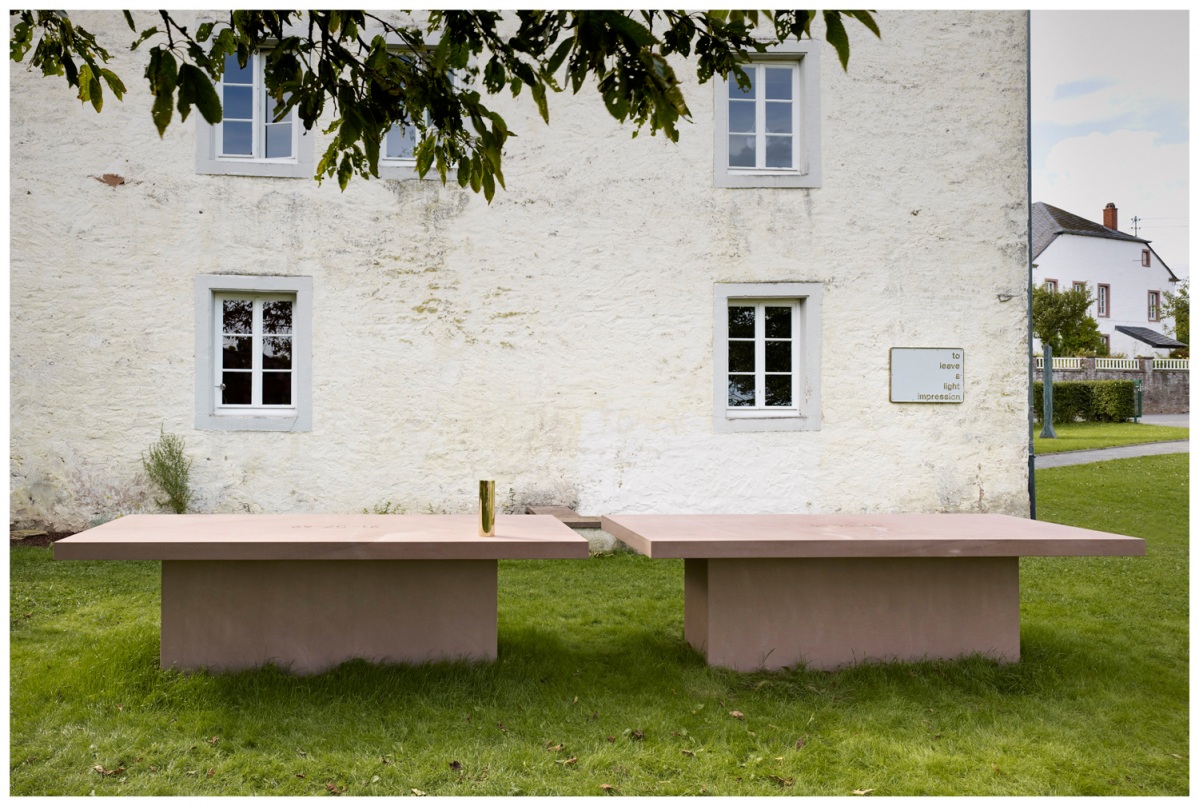 To Leave a Light Impression

Spanning photography, film, installation, painting and sculpture, Darren Almond’s practice explores ideas of time, space, history and memory, and how these relate. The artist unearths the symbolic and emotional potential of objects, places and situations, producing works charged with historical as well as personal resonance.

Almond’s “train plate” series (1997-ongoing) comprises rectangular, cast aluminium panels which allude to the nameplates historically found on British trains, and which also mimic the fonts used by the British Rail company. The series debuted in 1997, with a plate created for an Intercity 125 train bound from Paddington to Cornwall, which read “Darren James Almond”. Since then, poetic phrases have also featured in this body of work, sometimes extending across multiple panels.

As a young boy, the artist states he was “very much tied up with the notion of being a trainspotter”—a tendency which manifests through the artist’s preoccupation with movement, travel and means of transportation. In this line of thought, curator Kate Bush says the train plates summon “every trainspotter’s wishful dream, the endless pleasures of speed and unknown place.” From a more pragmatic perspective, this series of works can be seen as referring to the relation between mankind and its inventions, including how these evidence our proclivities, or how these have in turn significantly impacted our experience of time and space.