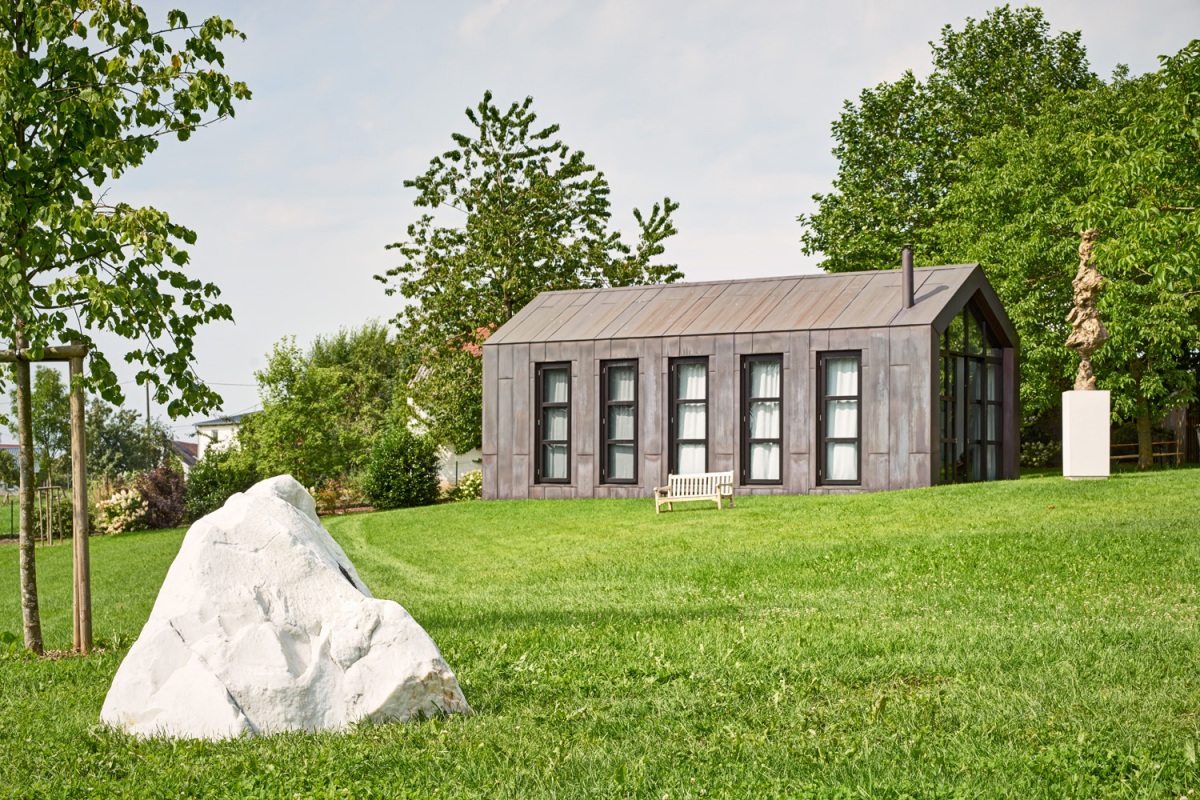 Navid Nuur’s practice is guided by his fascination with materials, processes, and the transitory aspects carried by the latter. The artist often places his work between the audience and an abstract, active phenomenon, such as light, energy, or air. The experiences fostered never fail to emit a playful and poetic strength. Nuur refers to his works as ‘interimodules’, a word made up of the words interim and module, which the artist respectively describes as “someone [something] who temporarily sets something into motion” and “a form that can be adapted or linked to some other form.” This term carries the openness to contingent potentialities which underlie his artistic practice. Many of the artist’s works use or reference stones and rocks—in addition to other mineral forms including fossils, graphite, gold and materials relating to dinosaurs—approaching the topic from the perspective of, for instance, mountain climbing, or alchemy.

A white rock with occasional grey and ochre veins, Untitled, 1988-2014 represents time and history in a way that transcends the imagination. Immediately perceived as a stable and sturdy element, the rock in fact indicates the geological processes which progressively shaped and continue to influence its current mineral structure; the unique, gradually levelled mount evidences the dynamic events which are responsible for its being. Placed inside the stone is a magnet, which generates a magnetic field—a source of power and natural property of certain types of rocks. Here, the magnet activates the iron dust found on one side of the rock, which in turn adopts a pattern, rendering the underlying energy visible. As the work is exhibited outside, weather also influences the appearance of the dust. Slowly oxidising, the iron gradually evolves in colour, and in this continuous process further highlights the merging past and present which lends the work its power.