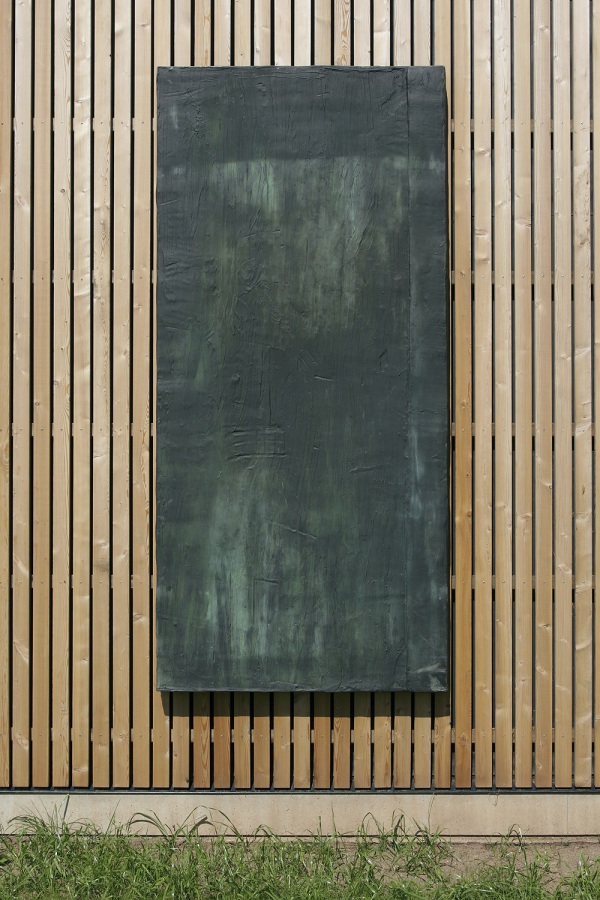 Günther Förg began his series of bronze reliefs in 1983, following his experiments with lead and aluminium. The artist made these works with his bare hands, working first with plaster, before casting the negative impressions in bronze. Across their soft, molten surfaces, one can find lines, hatches, scrapes and other expressive marks made with a palette knife, as well as the artist’s own hands, which contrast the perceived rigidity of the bronze. The aesthetic and conceptual richness of Förg’s reliefs was grasped by art historian Bruno Corà, in his essay on the occasion of the artist’s solo exhibition at Castello di Rivoli in 1989:

“Förg hangs his bronze bas-reliefs on the wall like pictures, and they are also shaped like pictures. The modelling, which pervades and animates them in all their dark gravity, gives the same effect as painting, except in certain cases, when the light grazes them to reveal their metallic solidity […] Their chromatic ‘monotony’, comparable to a symphony by Yves Klein or Mallarmé’s blank page, contrasts with signs of manual dexterity which almost approach expressionism. There are, however, sudden bursts of line reminiscent of the late Monet, Giverny or Turner; or rather, the impression of something which changes ineluctably, like water and air.”