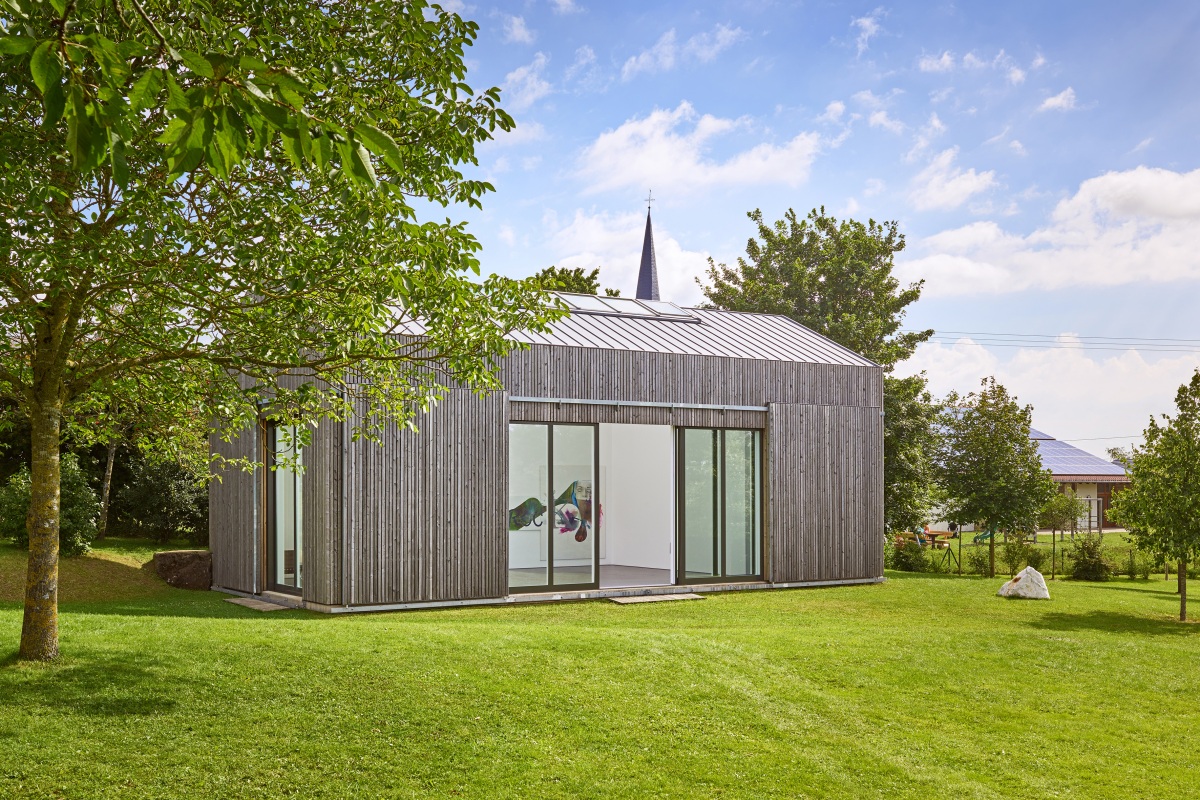 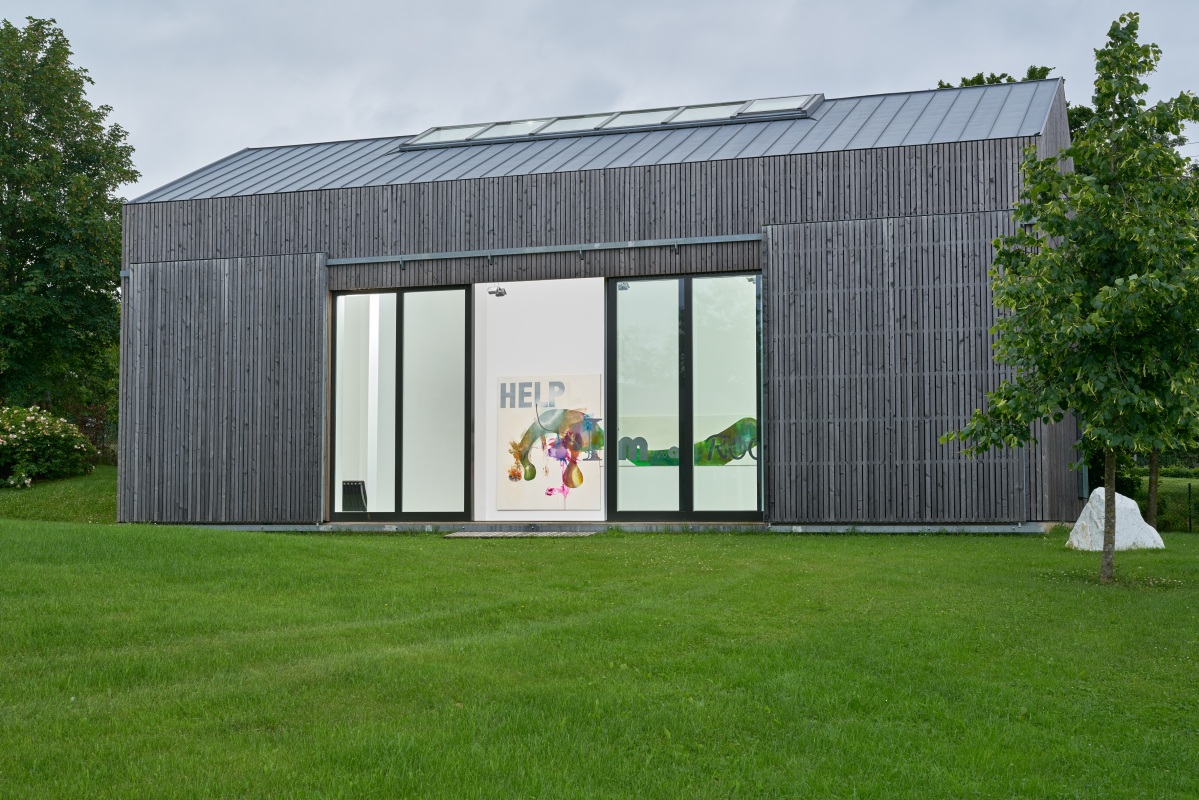 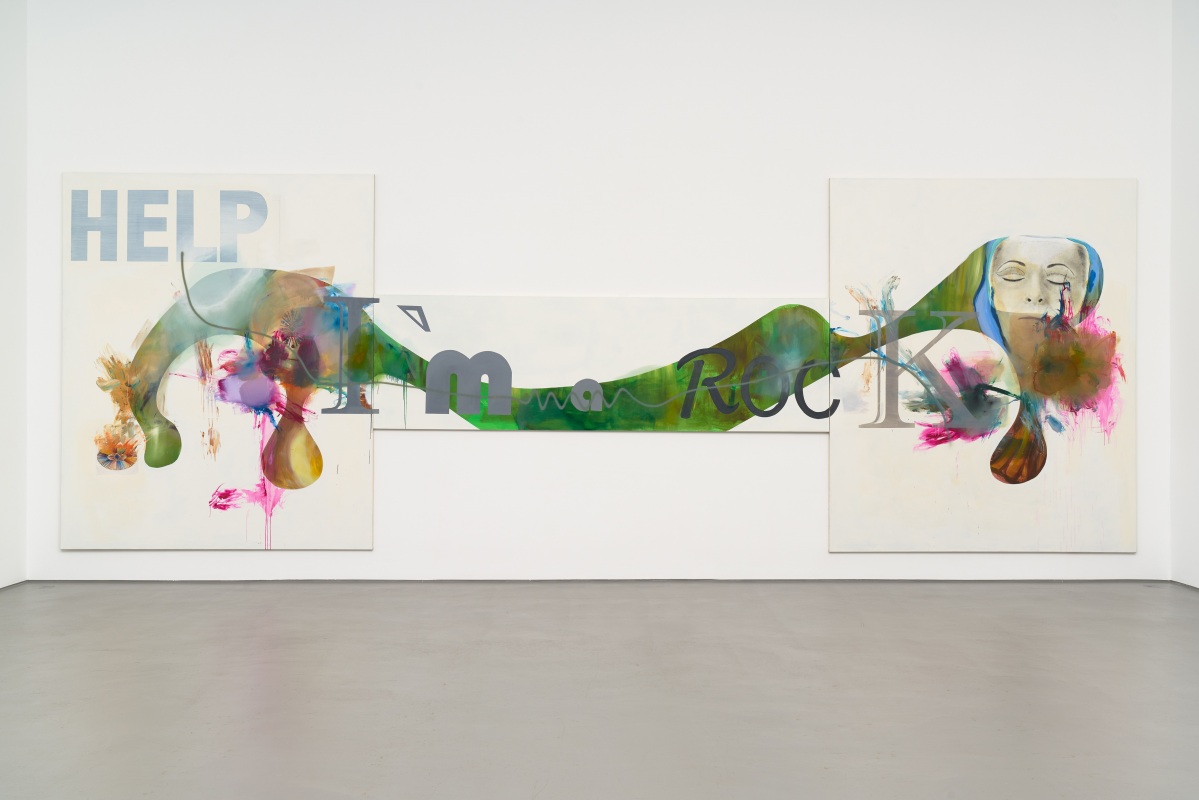 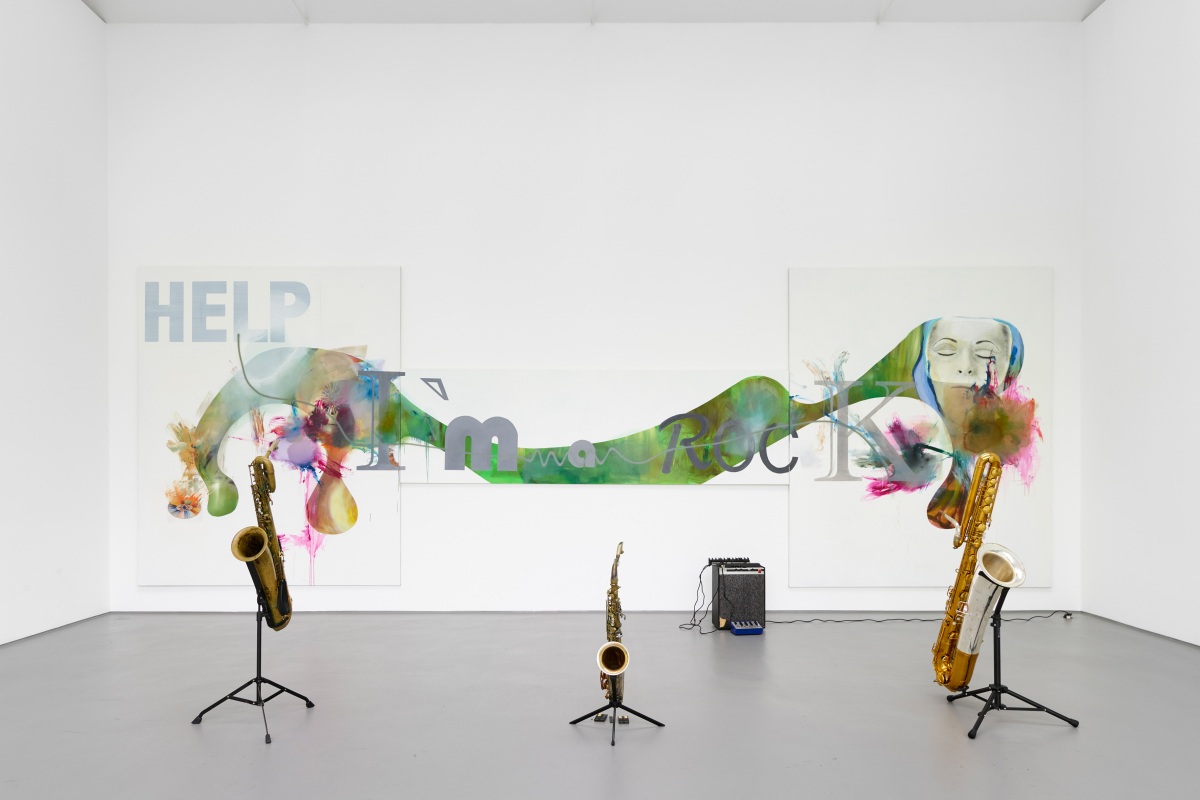 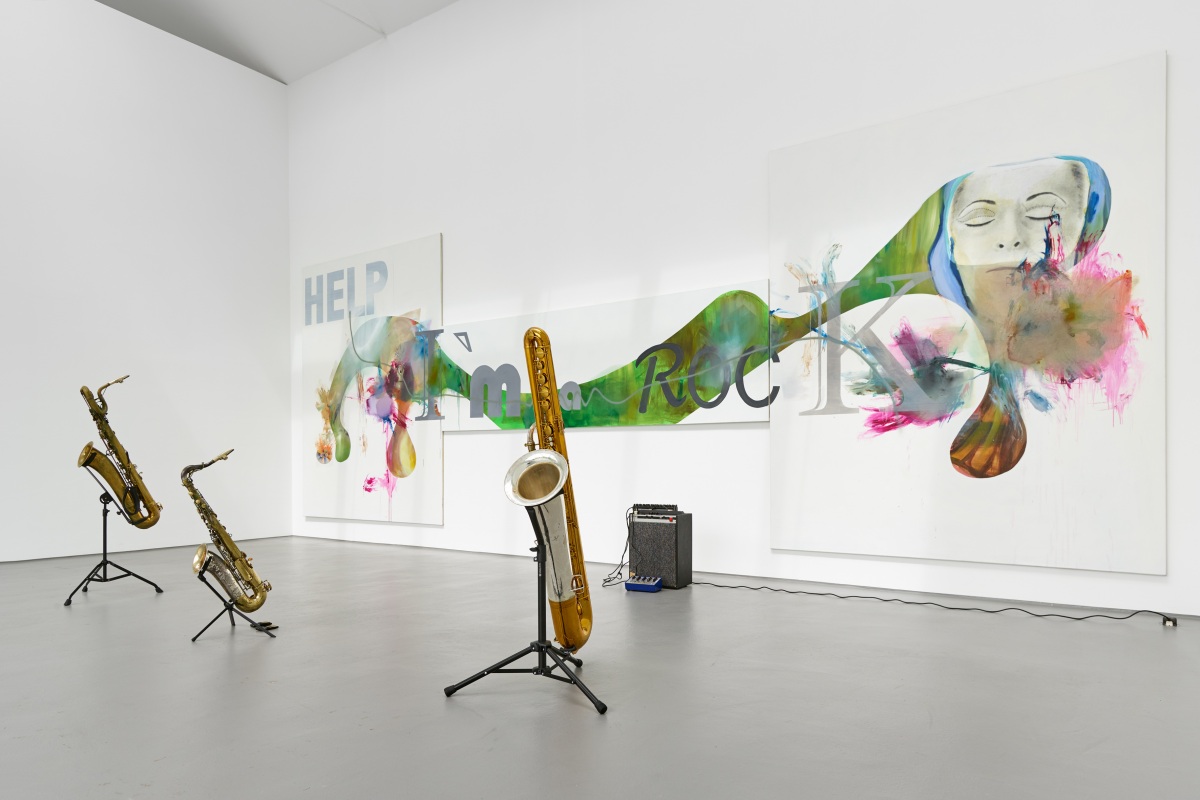 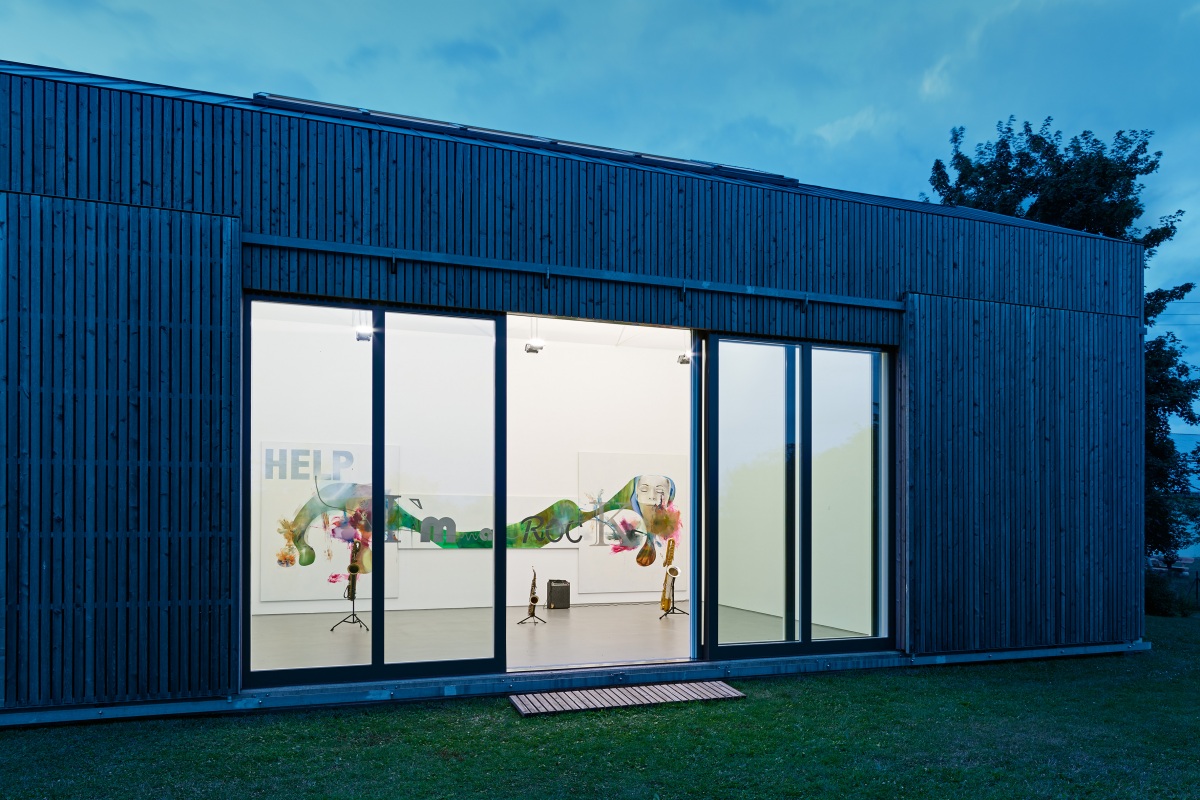 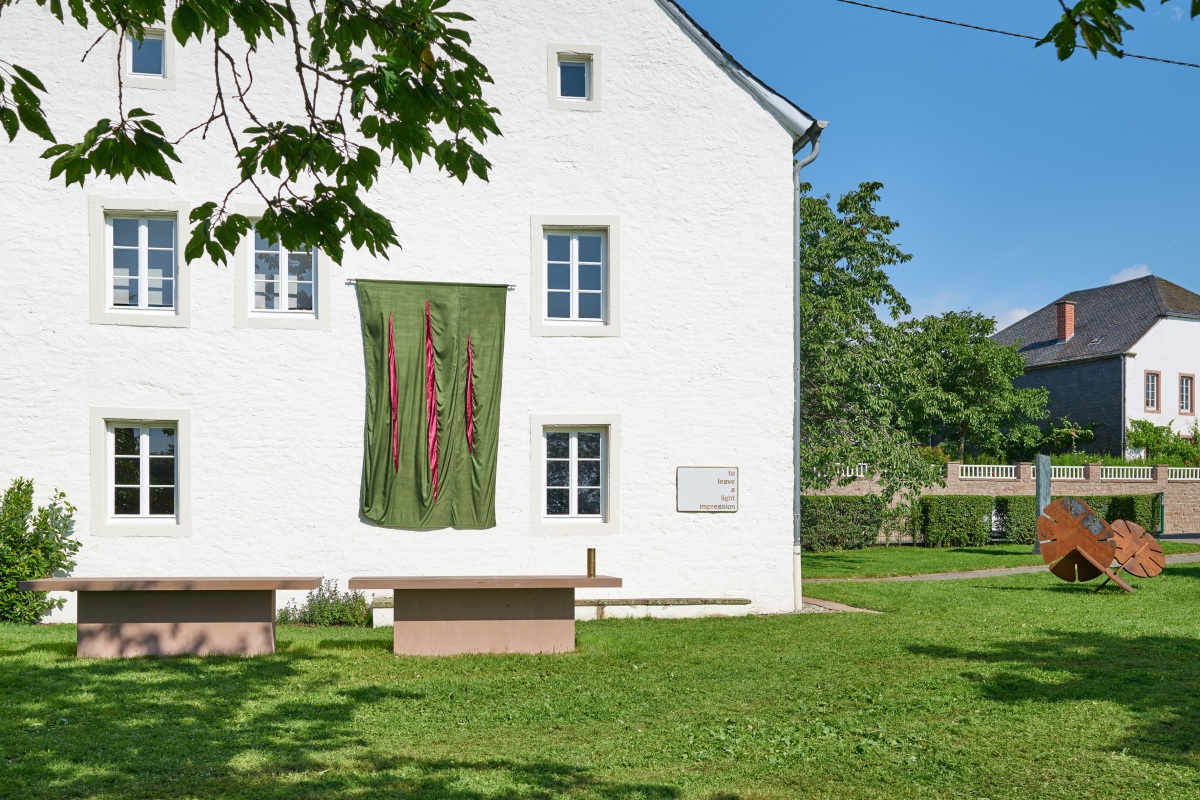 Known  for  his  continuous  and  unconventional  questioning  of  the  medium  painting  –  its  traditions,  means  and  limits  – Albert Oehlen develops new forms of expression and steadily extends his own artistic vocabulary. The  exhibition  presents  Oehlen's  painting Rock,  created  in  2009.  The  work  consists  of  two  canvases  which  are connected  by  a  third,  narrower  canvas  and  thus  build  a  triptych.  Abstract  brushstrokes  and  splashes  of  paint  overlay paper  cut-outs  that  were  glued  onto  the  canvas.  The  face  of  a  woman  with  closed  eyes  floats  within  a  colour  gradient which ranges along all three parts of the work. Across the entire painting one can read the sentence “Help I'm a rock”, both  a  reference  to  the  eponymous  song  by  Frank  Zappa's The  Mothers  of  Invention  as  well  as  a  combination  of  the song titles “Help!” by the Beatles and “I'm a rock” by Simon & Garfunkel. Oehlen's deep interest in music, especially pop music, becomes regularly apparent in his works. The tension between pop music which is not least fed on the connection of sound and image, forms a provocative element that challenges the medium painting in its position as an epitome of high culture. The song, as a product of this genre, becomes the subject of Oehlen's work and is transferred to the spatial conditions of the canvas.