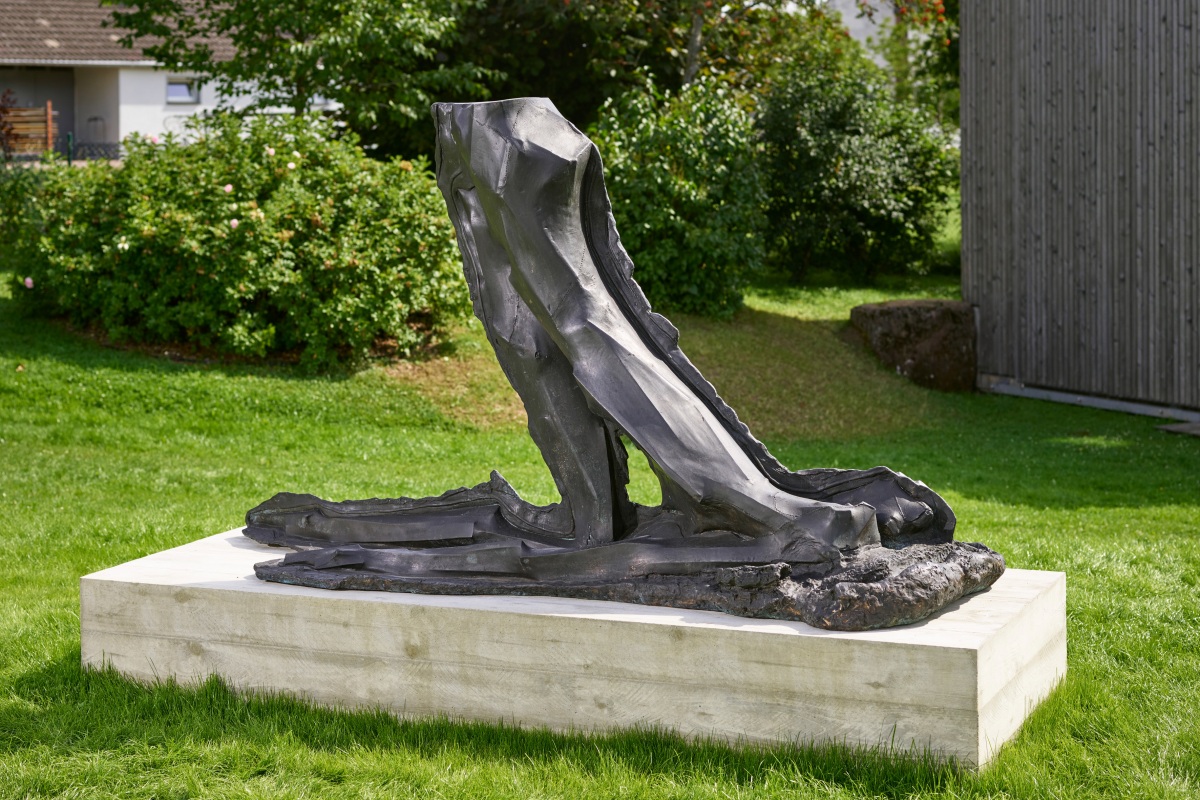 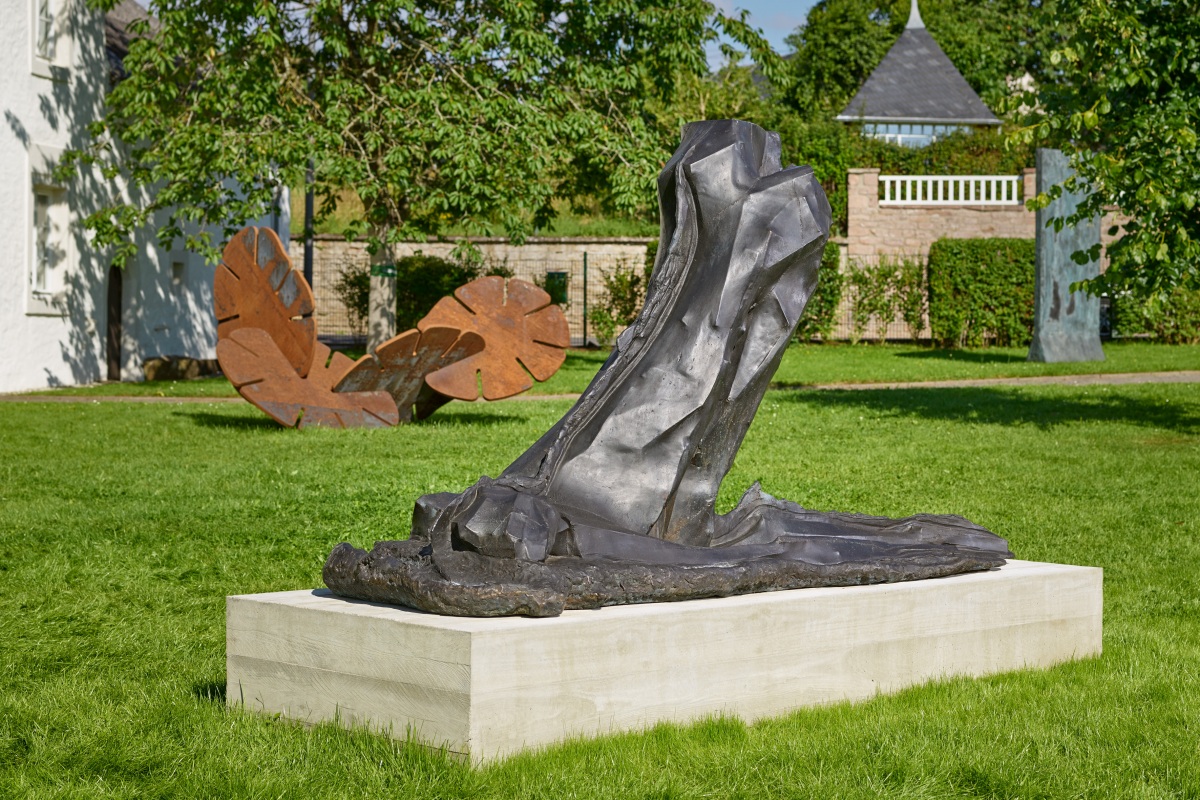 Georg Herold introduced the human figure to his practice in 2008, with his first manikin made from wooden roof battens. Shortly after, the artist also started to wrap these (genderless) structures in fabric before treating them with artificial-looking car finish. In his works, the underlying wooden skeleton shows only where in contact with the fabric, inducing sharp edges and angles. Attractive and disquieting, Herold's figures are dehumanised, and adopt a range of poses—at times with force—which were previously summarised as an “epic struggle: in protest, agony, observation, or seduction with an invisible opponent.” Untitled, 2015 is a recent, large-scale example of Herold's uncompromising, psychologically resonant exploration of the body. Here, more suggested than depicted, a figure can be seen kneeling in an unnaturally stretched exercise. Cast in bronze, the present work is endowed with a definite character, further suggesting the artist's renewed engagement with the tradition of sculpture.