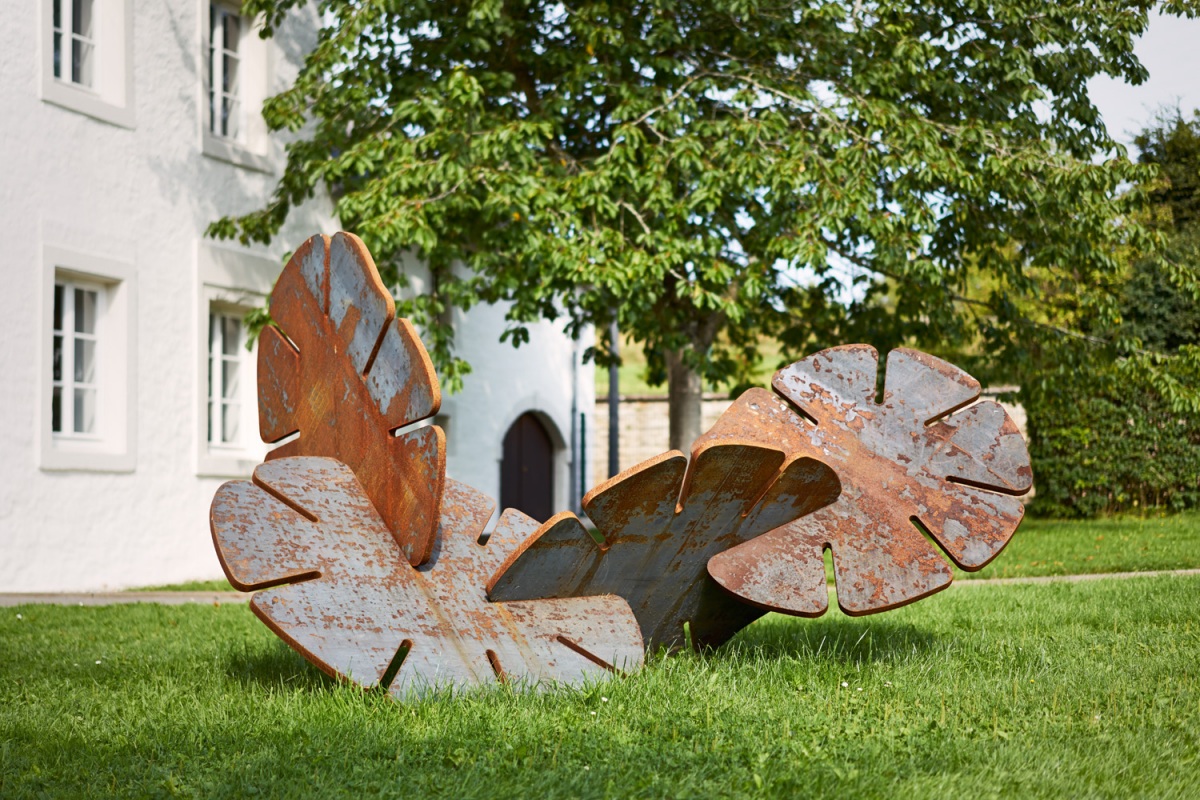 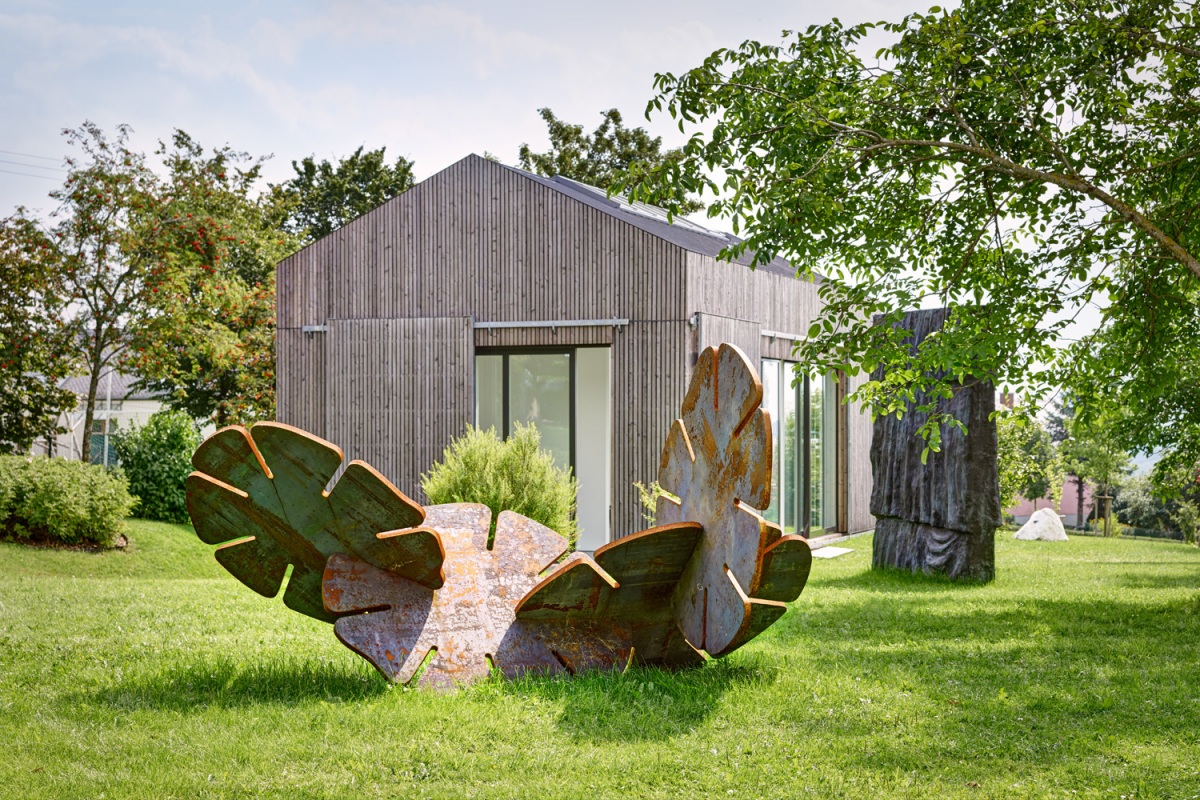 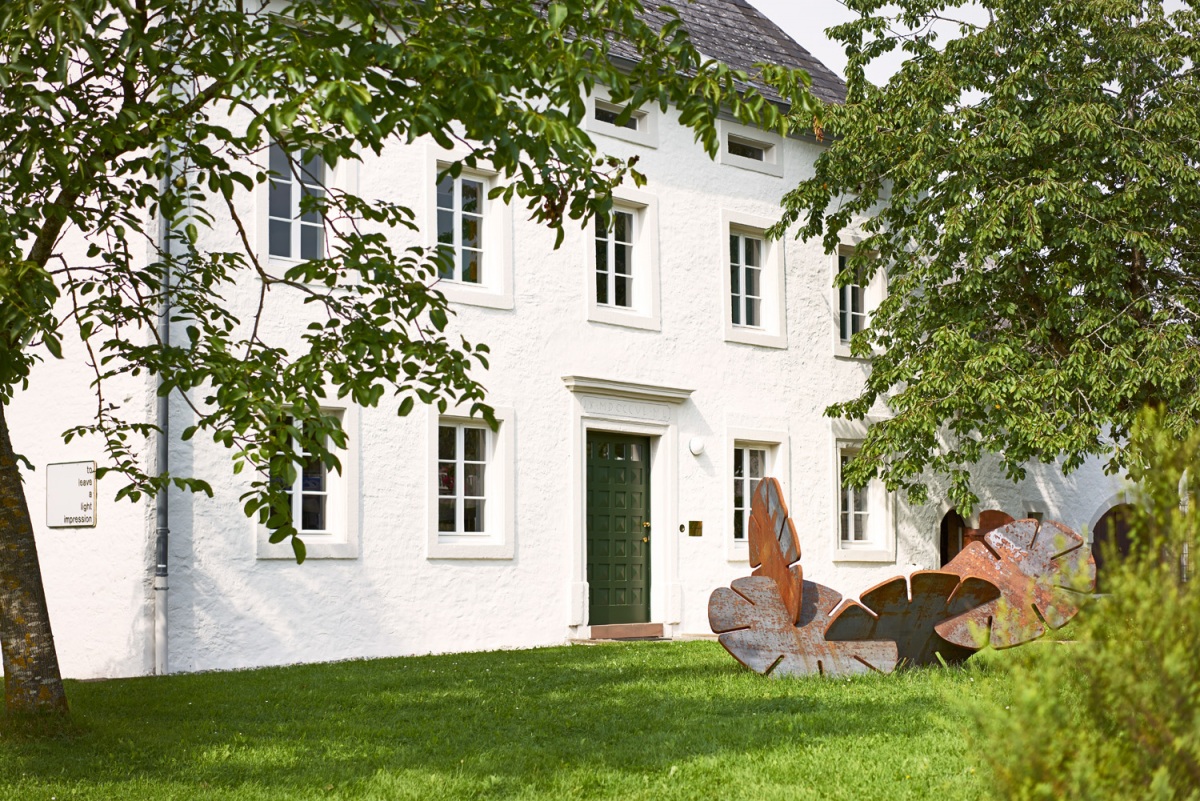 Ernesto Neto’s hand play mind, 2013 appears as both unstable and sturdy, weightless and heavy. A sizeable modulated sculpture, the work consists of organic shapes cut in cor-ten steel which interlock in a seemingly precarious balance, defying gravity. Looking reconfigurable, the constituent elements resemble simplified flowers. A sense of movement pervades the assemblage, which, as a whole, evokes a larger-than-life children’s toy. Neto’s use of steel dates back to the 1980s, and contrasts with his trademark use of soft fabric for his often interactive sculptures and environments. As cor-ten oxidises over time, enhancing its raw tactility, the material indicates Neto’s sensuous approach to his work. hand play mind highlights the influence of figures from the Brazilian Neoconcretismo (Neo-Concrete) movement, such as Franz Weissmann, Lygia Clark or Amilcar de Castro, who sought to infuse non-figurative sculpture with sensitivity, accounting for the “living and indeterminate experience of man”, in the words of art critic Monica Amor.